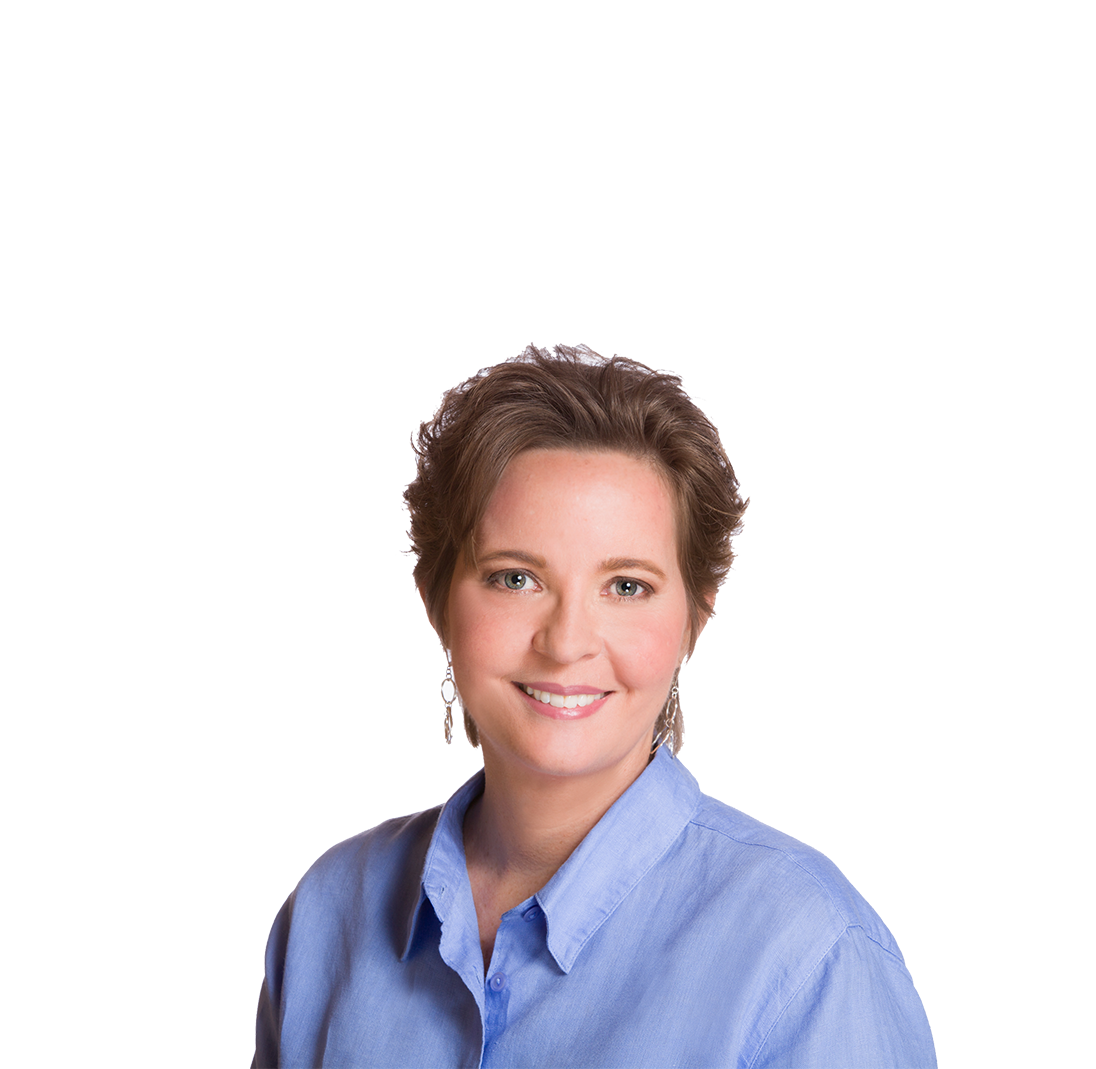 Amy educates consumers to make informed decisions about readers -- and to use readings safely and for the most benefit. She trains practitioners in professionalism and advanced skills.

Amy is on a personal mission to raise the standard of ethics and professionalism in her field.

Amy Utsman is an accomplished medium, psychic and teacher. Using humor, grace and a down-to-earth style, her readings are highly accurate, detailed and empowering.

Amy Utsman is an accomplished medium, psychic and teacher. Using humor, grace and a down-to-earth style, her readings are highly accurate, detailed and empowering.

Amy is on a personal mission to raise the standard of ethics and professionalism in her field. She educates consumers to make informed decisions about readers — and to use readings safely and for the most benefit. She trains practitioners in professionalism and advanced skills.

WHERE IT ALL BEGAN

I am often asked, “How did you know that you had these gifts”, referring to my psychic/medium abilities. Truth be told, as a child I didn’t know what was going on. As I grew up I attributed my experiences to having an amazing imagination. And, although I was born with these talents, I wasn’t raised with the knowledge and understanding about them. In fact, I was raised Catholic and in a Caribbean family! In my family and in my community, it was understood you didn’t talk about such things.

Looking back, I now know many of these experiences throughout my childhood and young adult life were psychic and/or mediumship in nature.

Like many young people I went off to college not knowing what I wanted to ‘be when I grew up’ and decided to focus on a degree in psychology. About the same time, I was discovering cooking, and soon found it was my passion. So, I left college and enrolled in culinary school. After graduation, I spent the next 12 years in the field, working first as a cook, then chef and later as the Assistant Food Service Director.

During my time working as the Assistant Food Service Director, my intuition began opening in a powerful, undeniable way. The information I was receiving proved to be very accurate. The problem was I still didn’t realize what was going on and worried that I might be going crazy. So, I made the decision to see a therapist.

After explaining my experiences to her, in the most compassionate and supportive tone she said, “So, you want me to tell you that you are gifted?” I was so confused. “Gifted with what?” I said.

During this same period of time a friend suggested I see a Shaman. Not knowing what a Shaman was, I was a little hesitant to see one. My friend was so sure this was the right direction; I agreed and scheduled an appointment.

In that first session, the Shaman told me, “They have been trying to get your attention for years.” I said, “They who?” She responded, “The Spirits. You are incredibly gifted.” Trusting in her guidance, I started practicing and learning about my gifts. As my skills developed and my confidence grew, I felt that I’d landed on my true calling. And from that moment on, I have fully dedicated my life to this work.[/read]

I am often asked about my abilities and the various ways I receive information during a psychic medium  readings. I receive message through my hearing (clairaudient), sight (clairvoyant) and feelings (clairsentience) – these are the primary senses I use for connecting during a reading – whether connecting with Spirit, your loved ones or Guides.

There is one difference between a mediumship reading and a psychic reading. During a psychic reading, in addition to connection with Guides, I am also connecting with your energy (and those around you) to get psychic insights.

Each reading is tailored specifically for you. Prior to our session, I say a prayer asking that all the information that comes through be in the highest good and highest level of service for you, the person or small groups of people, getting the reading.

When conducting a medium session, I invite all your loved ones (who have passed over) and who wish to connect to come through. I welcome them to use me and all my senses for their form of communication. This is done so that they may demonstrate to you, their loved one, that the information they provide is actually from them. I do this so that you are left with no doubts as to who is communicating through me.

For psychic readings, I always set the intention that the information coming through will be related to whatever questions you are seeking answers to. I remain open to any messages that your or my Guides want to share with you in order to support your connection to your own power.

It is for this reason, that it’s important for you try not to force the messages to fit specifically for you by providing me with information in advance or during our session. The less information I have, the more I can question my Guides or your Guides and loved ones for details. This will ensure the accuracy of your reading and that the specific messages are meant for just you.

On the other hand, do tell me when something I say fits your situation or the messages from the soul I am connecting with.

In the more than 10 years since I’ve been working as a professional psychic medium, I always enjoy the way people react to their reading. Many tell me my accuracy seems to freak them out, and sometimes me as well! Mostly, clients will comment on how much they appreciate my high level of professionalism, compassion, kindness and humor. What they don’t realize is our Guides and loved one retain their sense of humor even on the other side. Personally, I love how comfortable, safe and at ease people feel during readings.[/read]

MY DEEPEST DESIRE IS TO CONNECT

My heart’s desire is to reach as many people as I possibly can and show them, that without a doubt, life goes on after we pass. Our loved ones aren’t gone, they are just in a different form but, our connection to them remains.

Whether it is through Spirit, Guides, loved ones who have passed over or our own soul, when we are ‘Living Connected’ we will always know how to make the right decisions and know how to create the life that is meant for us.

Of course, all of us have room to improve upon ourselves but, the core of us is good just the way it is. Sometimes our personal power gets lost or bogged down due to life circumstances and traumas. But that core – our Soul – still remains strong and who you are is not a mistake.

It is my dream to help you feel connected and more empowered in your own life. I want you to know that it is possible for you to achieve much more than you think you can and I want to help you experience a stronger connection to the world you can see and the one you can’t.

Whether you desire to use my abilities to interact with your deceased loved ones, receive and share messages from your guides or spirit, see into what is disrupting your health and wellbeing, or you seek to develop your own psychic, intuitive or capabilities for living connected today, I am here to assist.[/read]

WORKING WITH PEOPLE FROM AROUND THE WORLD

It’s been my honor and pleasure working with clients around the world, including those living in the USA, Canada, UK, Dubai, Eastern Europe, Australia, the Caribbean and South America. Language is only a barrier in the physical world. I always understand those on the other side, and the client may bring a translator to understand me. Rest assured, a meeting with me by phone or video is exactly the same as if we were meeting in person.

WORKING WITH PEOPLE FROM AROUND THE WORLD

It’s been my honor and pleasure working with clients around the world, including those living in the USA, Canada, UK, Dubai, Eastern Europe, Australia, the Caribbean and South America. Language is only a barrier in the physical world. I always understand the Spirits (how cool is that) and the client may bring a translator to understand me. Rest assured, a meeting with me by phone or video is exactly the same as if we were meeting in person.

* Amy Utsman is not a Medical Doctor. No medical claims are made as to the efficacy of the Medical Intuitive Reading. A Medical Intuitive Reading with Amy Utsman is not intended to replace the services of a physician, nor does your participation in the reading establish or constitute a doctor-patient relationship. The reading is not intended to diagnose, treat, alleviate, cure, or prevent any medical, psychological, or nutritional condition, disease, or disorder.

You understand that you will not receive a medical diagnosis, treatment or prescription. All information provided by Amy Utsman is for your informational and educational use only and is not intended to substitute for medical advice from a medical professional.

* The readings that I provide are for guidance only. What you decide to do, including any actions you take, with the information that I give you, is based on your own personal responsibility and choice. All readings and questions answered should at no time be regarded as legal, medical, financial, psychological or business fact and are subject to your own interpretation and judgment. For legal reasons, we must advise you that the readings are for entertainment purposes only. My services are not a substitute for professional services, and it is advised that you should seek advice from the relevant qualified expert.