How Do People with Dementia, Alzheimer’s and Coma States Connect in Readings? 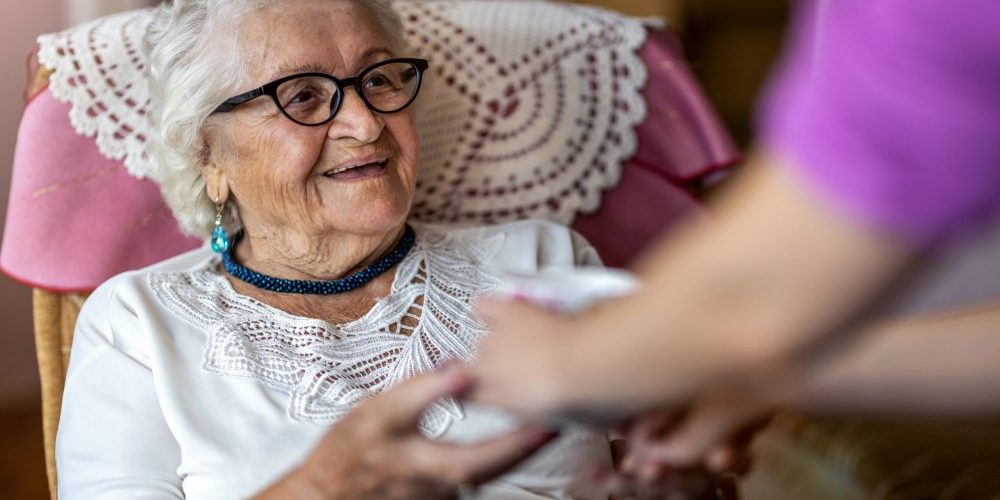 When you stop to think about it, the soul is quite amazing.

Despite changes in a person’s conscious mind and physical body, their soul remains intact.

Their soul is what makes our loved ones unique and irreplaceable. It’s one reason why we miss them so much when they can’t communicate like they used to.

But that doesn’t mean they are unable to communicate. As I’ve learned from people on the Other Side, they can — and want to — communicate with you!

Over the past 13 years, I’ve connected with many people who have transitioned after dealing with dementia, Alzheimer’s or being in a coma state. I’ve also connected with many who are still here in their physical bodies, though with a compromised conscious mind.

Medium connections are made at the soul level, and this can be a difficult concept to grasp. Following are questions that sitters often ask when I connect with their loved ones who have (or had) dementia or Alzheimer’s, or who are (or were) in a coma state.

How do you know if you’re connecting with someone here or in the Spirit World?

Occasionally, the connection I make during a reading feels slightly different to me than usual. It’s not quite as light as a connection with someone in the Spirit World, nor as dense as when I make a psychic connection. This is a clue to me that the person may still be alive in their physical body, but their conscious mind is compromised.

This happened in a recent reading, when I made a connection with the sitter’s mother. I could tell that the mother wasn’t on the Other Side just yet, but she wasn’t altogether here, either. I asked the sitter if her mother was dealing with a form of dementia or Alzheimer’s.

The sitter confirmed, but said her mother had some lucid moments from time to time. I explained that the non-lucid moments are when I’m able to connect with the mother’s soul in this way.

When I relayed that her mother wanted her to know that she was very comfortable, the sitter felt a wave of relief. The burden she had been carrying since her mom’s diagnosis became much lighter knowing that she wasn’t in physical or emotional pain. Her mother insisted I add that she wished everyone would “stop making such a fuss over her.” The sitter said, “That’s my mom all right!” We had a little chuckle over that comment … because even in her compromised state, her mother’s sense of humor came through. It was a beautiful connection.

What can caregivers and family members do when people with dementia or Alzheimer’s resist their help?

Whether you’re a professional caregiver or a family member caring for a loved one with dementia or Alzheimer’s, it can be hard to witness the decline of someone’s cognitive functioning and physical body. The challenge can be even greater when they won’t accept your help or, worse yet, push you away.

Try to remember — and treat — them as the individual you knew them to be prior to the dementia, Alzheimer’s or coma. If you’re a paid caregiver, talk to the family and learn what you can about the person so you can communicate in a way that will feel familiar.

Envision their beautiful soul. Speak to it, rather than to the symptoms and challenges they’re presenting in their physical body or conscious mind.

And know that when a person reaches an advanced stage of disease, it’s not always possible to reach them. They might not cooperate or accept your help. Their physical response may become less and less clear. Recognize that it’s the disease, not the person — and certainly not you.

It may help you to remember, too, that I’ve often heard people on the Other Side tell me about the care they received and how people comforted them.

What do people with dementia or Alzheimer’s tell you about their feelings about moving into a memory care facility as their illness advances?

The decision to place a loved one in an assisted living or memory care center is one of the most difficult for families. Especially when they feel forced into it because their loved one is no longer capable of safely living on their own.

During a recent reading, a sitter was extremely distraught over having moved her father into a memory care center before he transitioned. Even though she knew it was the right decision, she felt guilty about it.

When her father connected during the reading, he didn’t even mention it! Instead, he talked about how happy he is in the Spirit World, and how he’s keeping busy there.

When the sitter talked about the guilt she was carrying, the father waved his hand away and said, “You know, they had to do what they had to do. And I was very well taken care of. For that, I’m very appreciative and thankful.”

I hear this over and over from people on the Other Side. Frankly, I’ve never connected with anyone who expressed anything but acceptance and appreciation about family members moving them into a facility where they could receive the support they needed.

Are people with dementia, Alzheimer’s or in a coma state visiting with people on the Other Side who are waiting for them?

In my experience, I do know that prior to a person’s transition — with dementia or otherwise — they may be in an “in-between” state. They may actually go to the place where people experience near death but not fully to the Other Side. These visits actually offer the soul some comfort and they will have close connections there. Close family and friends that are on the Other Side will visit often in the physical world as well.

If your loved one is able to communicate with you at all, listen carefully to the stories they are telling you. Those stories may offer you insight into the actual experiences they are having.

Related: What Happens When Someone Transitions?

If someone with dementia, Alzheimer’s or in a coma state goes back and forth between dimensions, why would they want to stay here, especially when their physical life seems so hard?

When people with dementia or Alzheimer’s linger, it’s no different than with people with other illnesses that affect the body – cancers, late-stage diabetes, Parkinson’s, and other physical ailments. Sometimes we wonder why they’re not letting go.

Some people simply don’t know how to let go.

Often, they will be leaving behind a spouse or children. They can feel like they need to “be strong” and protect their family. If they had been a caregiver or “the responsible one” in their life, that core part of their personality has not changed — even if is no longer obvious to you.

While we don’t have an absolute answer to this question, we do have to respect the soul and its journey. Offer compassion and kindness. Trust that the soul knows when it’s time.

Once they’ve transitioned, do people on the Other Side remember having dementia or Alzheimer’s or being in a coma?

Once they’ve transitioned to the Other Side, people who have had dementia or Alzheimer’s may have a skewed sense of time or altered memories. One particularly vibrant woman who connected in a reading told me that her memory “wasn’t so great” toward the end. Her son, the sitter, said, “Ummmm, she didn’t know any of her kids or grandchildren for the last ten years of her life.”

When someone is in a coma state, it’s a little different. I had a loved one who was in a coma for quite some time. When I took a family member to visit him, I “saw” him standing next to his bed. Very quickly, in my mind, I said to him, “So are you coming back?”

He laughed and said, “Oh, no. My brain is not the same. I am not coming back!” In that moment, he let me know that he had made his decision. Although his body was on life support, he was content.

The soul doesn’t experience things in the same way as the physical body or conscious mind, which can be very comforting if you’re witness to a loved one’s decline.

What do our loved ones with dementia, Alzheimer’s or in a coma state want us to know?

Over the years, I’ve connected with many people with dementia or Alzheimer’s, or people who are (or were) in a coma state. Over and over, I hear from people on the Other Side that they wished they had been treated like the person they were before they became compromised.

One gentleman told me, “I wish they would stop treating me like I’m a little boy.”

People also tell me that they don’t like to be cried over. They do like to be joked with, talked to, and comforted. Read to them what they like – news, books etc.  You can also play music that they like or put on sports or television shows they may have watched.

Some people who were in a coma have told me that they could feel being on life support but weren’t in pain. Others recall being “mostly asleep” prior to their transition.

I’ve heard people who had dementia or Alzheimer’s describe a lack of clarity in their minds. They may describe it as feeling a little “fuzzy” or confused.

Across the board, they almost always tell me how much they were loved. They talk about how their family members cared for them, helping to preserve their dignity and comfort. One man told me his brother came by and shaved his beard for him several times a week. A woman told me her daughter put lipstick on her every day because she knew it was so important to her. Despite their condition, they know. And they appreciate it.

If someone you love is dealing with a compromised mind, have compassion for them. Understand that people transition in different ways. Most of all, respect their soul’s journey.

Want to connect with your loved ones?